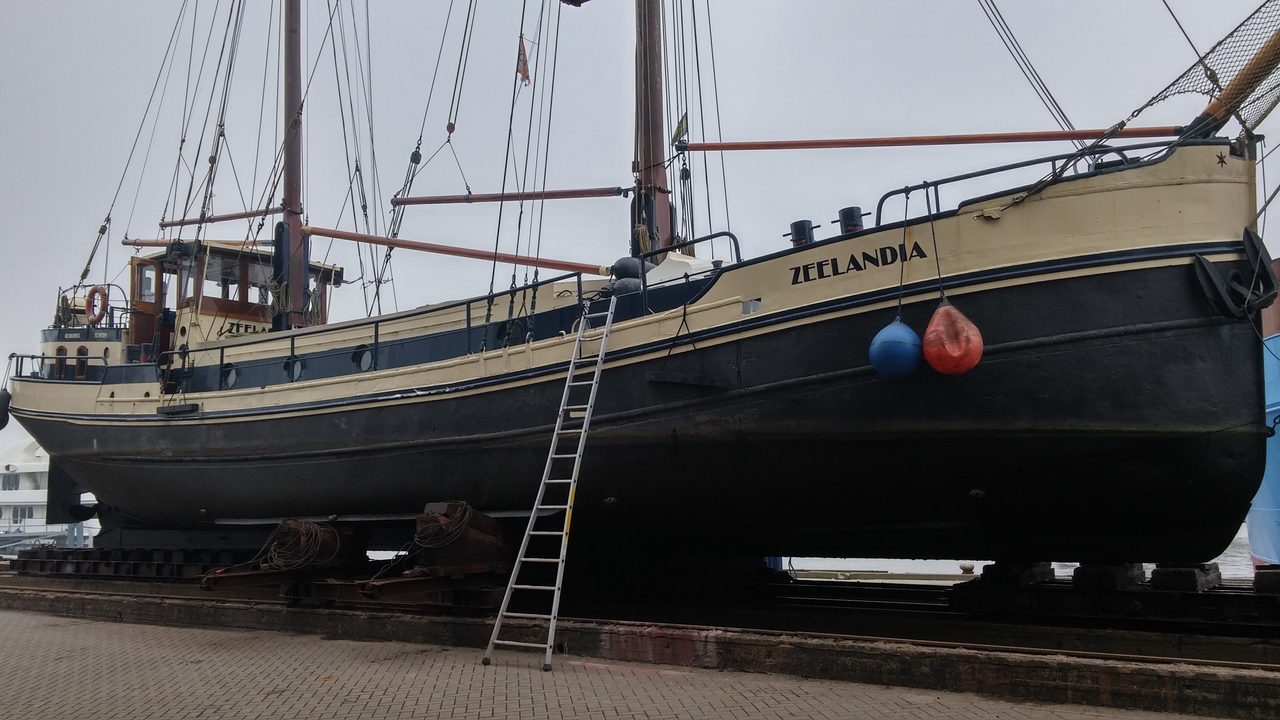 The inside of the barge now looks like a post apocalyptic Narnia if the Snow Queen had a penchant for grey, shattered recycled glass granules. Having hired a big 'sod off' compressor and bought a tonne of glass blasting media... 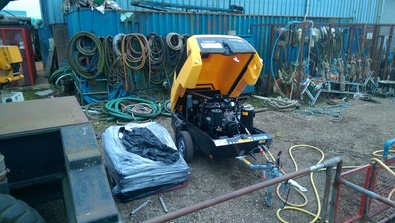 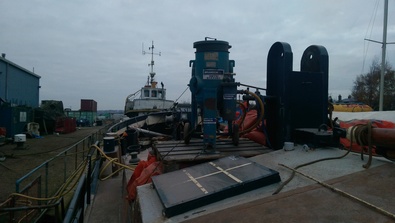 ...this week has mostly been spent in a particularly uncomfortable blast hood. 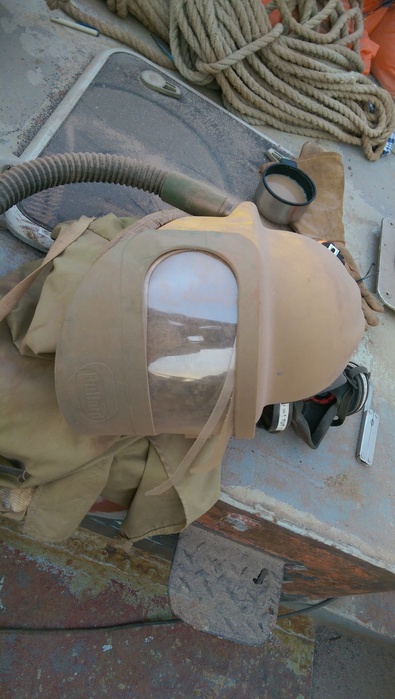 Although the hood seems well made and has tear off plastic visors which should help keep the visibility up, it is as much use as a condom machine at the Vatican. It would be fine but the several layers of plastic seem to trap the grit in a nice sandwich. 'A' for the principle, 'F-' for the execution. Still we battled on.

First to feel the sweet delicate touch of high speed glass shards was the foc'sle which has come up pretty well and is 90% complete. I haven't touched the bilge with it as blasting tends to do better on surface contamination rather than big flaky nasty stuff so a wire brush will be needed on this in the long run. However, despite ending up with talcum powder like glass fragments in places my places didn't know existed, the results were pleasing and I feel relieved my decision has paid off. 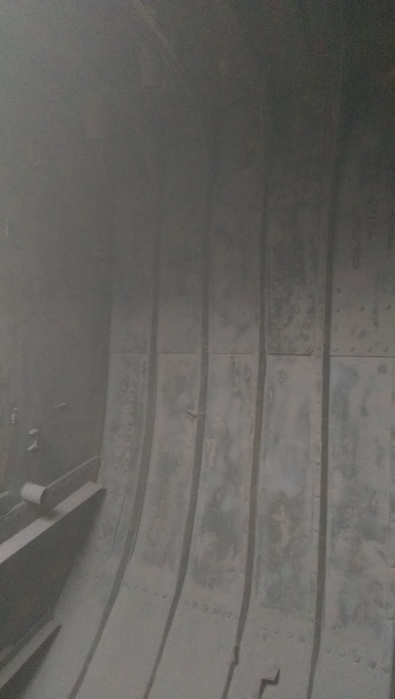 The surface is by no means perfect, and actually feels like 120 grit sandpaper to the touch. Not that this bothers me as it should provide a good key for the primer to adhere to when I finally fire up the airless sprayer (thank you Mum and Dad for my birthday present - how did you know?).

I have started on the main cargo hold and the results are pleasing, if bloody hard work. Having to stop every 5-7 minutes, walk stumbling back up the ladder in almost zero visibility, doff the hood and gloves, load another 25kg bag of media, put all the crap back on again and repeat is not the greatest way to spend the day. I haven't even started cleaning up the main hold yet which now holds another 250kgs of glass dust which will need removing at some point. 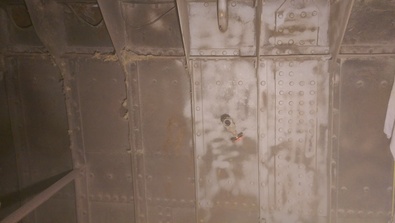 The oily residue is coming off nicely leaving a dull matt silver steel behind it. There are patches where it isn't all the way back to virgin steel but the surface is more than suitable for paint. I have about another 600kgs of blast media to go which should see off most of the cargo hold. Whether I get to the end of the hold (and I suspect I won't get to the skipper's cabin without and additional hire period) is up for debate.

You can recycle the blast media, but to be brutally honest, it does not perform particularly well second time round. Plus you have the added kick in the testicles of hoovering up the dust whilst all the time thinking "What am I doing? I am only going to fire this bloody stuff on the floor again...". It also takes a very long time to sift to ensure you don't get a blocked nozzle (ooo-er).

Still, it is going well. The testing prior to hire proved its worth. In terms of cost:

Compressor hire for a week - £180
Blast Pot hire 1 week - £160
1 tonne of blasting media and delivery - £170
(The same amount of blast media from the hire company rather than from a specialist supplier would have cost me over £500 so it's worth going to those who know what they are talking about for advice and a much better price!).

Cost of a contractor for a single day - minimum £600.... So it does make sense. I have Friday, Saturday and Monday to get rid of the remainder of the glass media, even if I am still shaking glass powder out of my various nooks and crannies for the next fortnight.