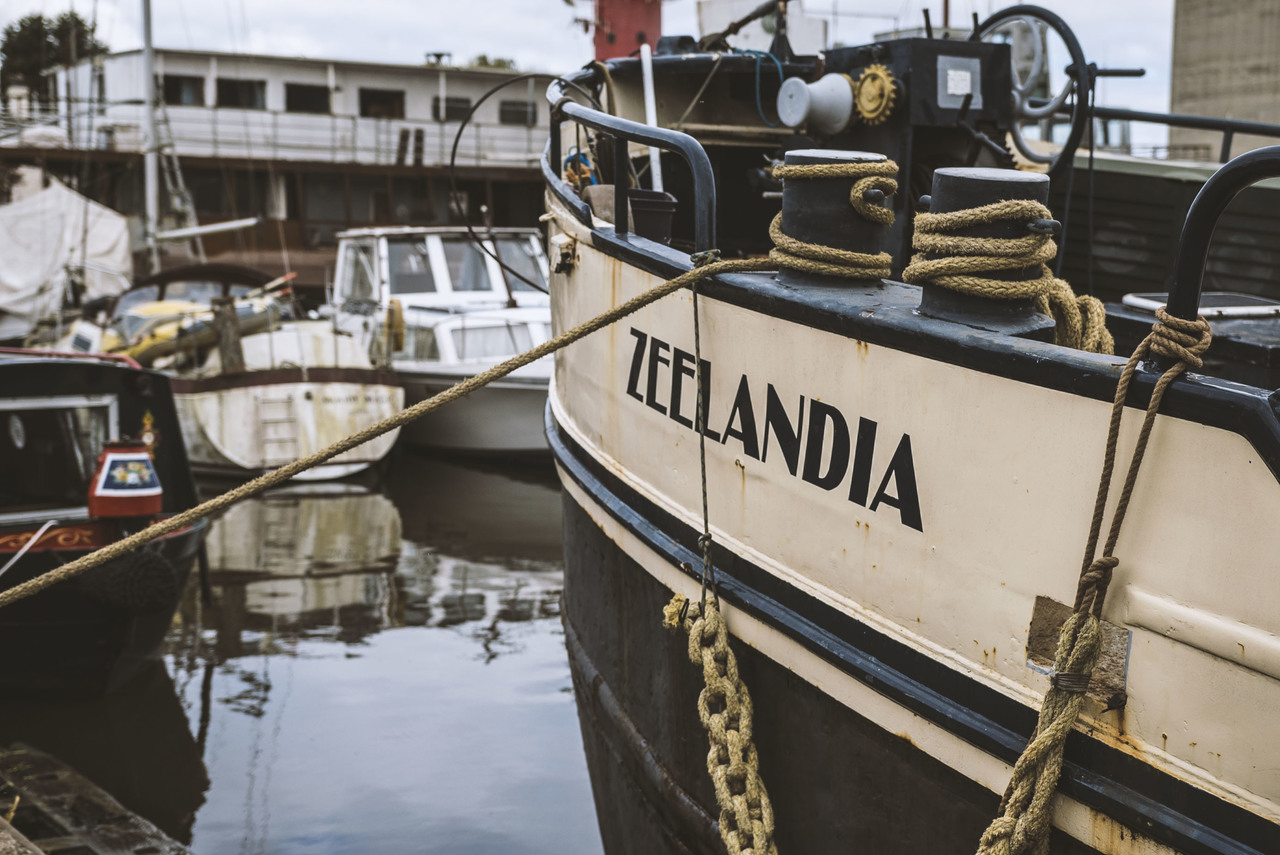 The work has continued apace, ably assisted by my glamorous assistant Andy, who, in between getting soaked refereeing rugby matches and running his own business, has been helping out where he can. Once again, his impression of the Energiser bunny puts me to shame and I am eternally grateful for his help. In part exchange I have been trying to impart what little knowledge I have about stuff and also letting him rip with the welder on some bit of scrap. His last attempt on the scrap was an excellent weld, with a lovely finish, showing good speed, rod angle and arc control. It won't be long before I get him welding verticals and then we'll see what he is made of (or should the be "of what he is made"...).

Anyway, without Andy's assistance, the work has still continued sometimes in the rain and drizzle and progress has been good but it is not pleasant work. After Andy managed to strip the majority of the reminder of the skipper's cabin, we spent a fruitful Sunday welding some supporting angle steel to the cargo hold roof. This will hopefully stop it 'popping' as we walk on it.On Monday/Tuesday I moved my attention to removing the remaining 'eyebrows' from above the starboard side portholes, grinding them down and then removing the paint. Additionally I used the scabbler on the walkways and some of the foredeck. A lot of the paint is still adhering very well under the topcoat so the scabbler will have keyed the surface and hopefully there is no reason to take it right back to bare steel but we will wait and see. 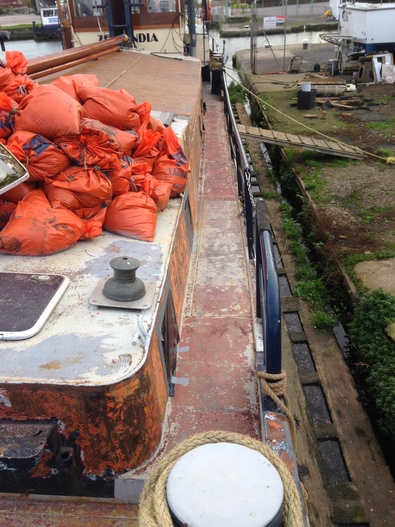 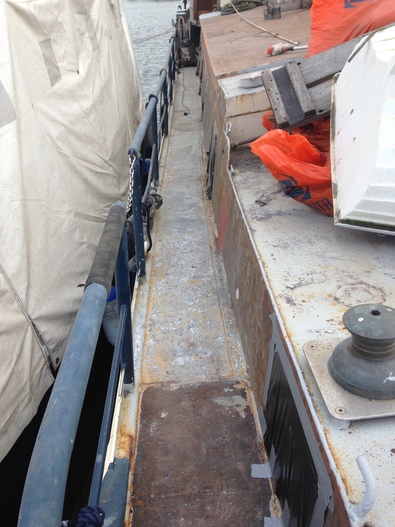 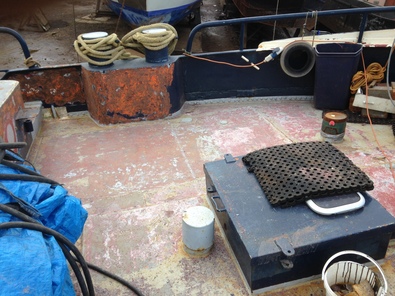 Unfortunately, halfway down the starboard walkway the scabbler hit a raised bit of hidden metal and ground to a halt, but then I heard the motor whirring with no rotation of the scabbler head. Oops. A quick strip and inspection showed the worm drive had been stripped completely. Bugger. However the hire company took it back without question. We had probably done about 90% of the stripping with only a bit of the starboard walkway and the some of the wheelhouse to do so it wasn't too much of a disaster.

The big relief was it gave my hands and wrists a break. Holding that thing in unusual positions out in front of you while it spins at 4000 rpm for a few hours a day is pretty tiring and my thumbs, tennis elbow and hands are certainly not thanking me. That said, for the cost of 2 weeks hire, a set of blades and some hard graft probably saved a few thousand pounds in blaster costs.

Speaking of which, we have a date for dry dock.7th November. Whoopedy-fricking-doooo. About chuffing time, but it is still a couple of weeks off. I am not too worried as it gives me longer to get all the other jobs done. It may give me time to get my 'nice to haves' jobs done. We will be sharing with a big commercial who is probably having an Ultra High Pressure blast strip. We may be able to get reduced rates since the other ship is bigger than us they split the costs of dry docking according to length. With a big job in the offing for the blasters, mobilisation costs are reduced and we may get a halfway decent quote for the blasting as compared to the last quote where I would have had to sell both kidneys and put my first born on eBay to finance it.

In the meantime I have been chasing a shot blaster to strip the interior of the foc'sle and skipper's cabin. I did find one, but the compressor went out on separate hire so I now need to locate and hire a suitable diesel powered unit. Yawn... I am still waiting for a blasting media company to get back to me with a recommendation for technique and type of media which will strip the cargo hold to a suitable surface in preparation for painting and spray foam.

I have a few days off now as we head to the big smoke for a social do and will be back on Sunday. I then have to move the gyro to its new base at Popham where I will start instructing and then get a compressor, blaster and blasting media together at the same place and crack on. Oh, and remove the skipper's cabin floor, remove the underfloor water tank, replace the section over the engine room with new steel and prep for blasting before replacing and welding the steel flooring. Soooo, not much then....

Have a good weekend shippers...