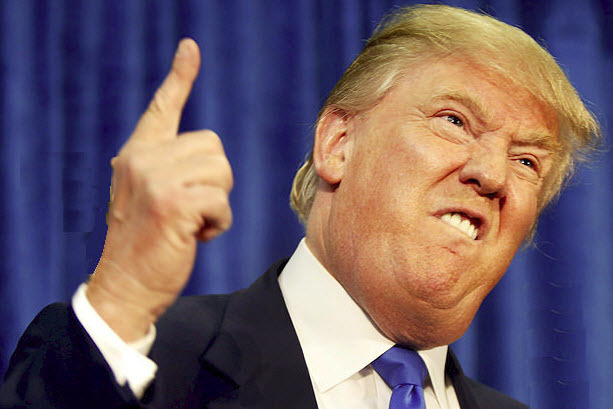 Tis the time of year (almost) for mince pies, holly and all things festive. It is also the time when I am asked by my beloved "What would you like for Christmas?". She seems unimpressed with my annual answer of 'world peace'. So for those of you out there who are or whose significant other is pretty useless at thinking of their own gifts and who has a penchant for the DIY here are some ideas ranging from the stocking filler to the 'I really screwed up this year and need brownie points'.

These do come from my experience on the barge and might be slightly 'barge orientated' but they have been proven in the fiery cauldron of battle...

A Gerber/Leatherman/Other brand of multi tool. 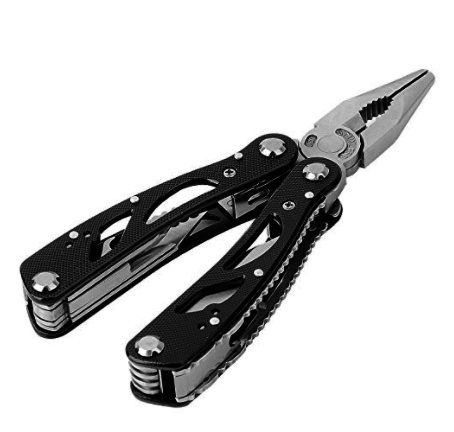 As I have ascended to the dizzy heights of being a dad, I am now officially allowed to wear things on my belt. That said I only have it on my work clothes and haven't yet descended to the depths of having a sunglasses pouch, mobile phone clip and multi tool all mounted on the same trouser support device. The leatherman I possess has saved me countless hours of frustration where I just need a cross head screwdriver or a flat head or something to poke through a widget etc etc. Just having something there has been a godsend. Just don't get one of the random brands with a serrated blade. These are a nightmare to sharpen and if your S.O. is handy they will appreciate having a decent blade rather than one that looks like Rambo's. Also, get one in Stainless steel. Nothing worse than a rusty tool... 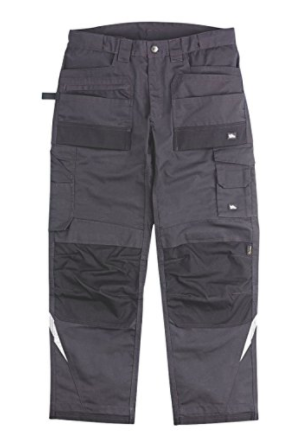 I have a set of Hyena work trousers and most importantly I recently purchased a set of the high density foam pads which slide into the pockets in front of your knees. Now instead of shooting pains as I find every screw and shard of metal when I kneel down, I am instead met with fields of poppies, fluffy clouds and sunlit uplands of comfort. Deep side pockets are useful for holding a big adjustable or equivalent. I can recommend the Hyenas and they have handled all the abuse I have thrown at them, although after some welding and a close aboard with a wire brush they have some battle scars. 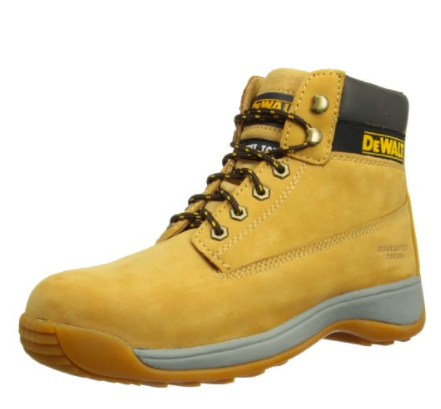 I have a set of DeWalt brown leather boots which have faired well. They have been on site in the Middle East inspecting gas turbines and in the bilges of the barge and everywhere in between. I was even told at one point by a friend's son that they were 'bang on trend'. That's a first for me.... Anywho, steel toecaps have saved my little piggies on many occasions and as one with floppy ankles after too much rugby the boots have provided the support I need. 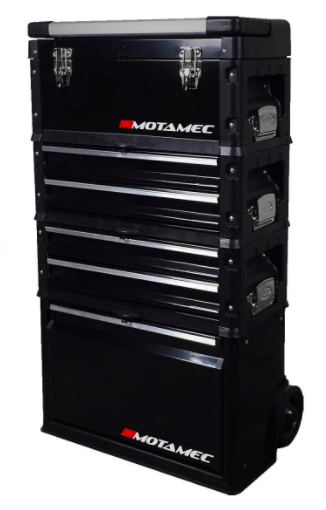 I have the Motamec base and top unit and am hoping Santa Claus will bring me a drawer unit for Chrimbo if I am really REALLY good... This is a halfway house between the plastic ones (which I find don't take the abuse and die unless you buy a super rugged one) and the metal ones which require a second mortgage or selling your first born son. Depending on your progeny it may be a decent swap but I couldn't comment.

However, I have found a major frustration on the barge is tool control. I often put a tool down mid job and then don't find it again until 3 weeks later. A decent tool box is a start to organising what it is a very expensive set of tools.

Now we are getting into the expensive, I need some brownie points presents. I tend to buy most of my tools second hand (the big stuff anyway) and there are plenty of bargains to be had on places like Gumtree etc but it is very much buyer beware. The likes of the big tool suppliers (Tool Station, Screwfix, Machine Mart etc) will have warranties and product support in place. 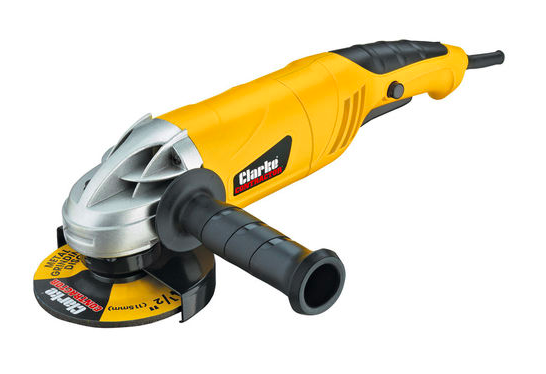 Having purchased an el cheapo grinder which lasted about a year I can recommend the Clarke version. It has sufficient oomph and also you can buy parts for it. I accidentally lost the rear drive plate from my 'Titan' cheapo grinder and finding a replacement was harder than finding a moral compass in Westminster. I would avoid the battery powered ones as I think they are just a fad. 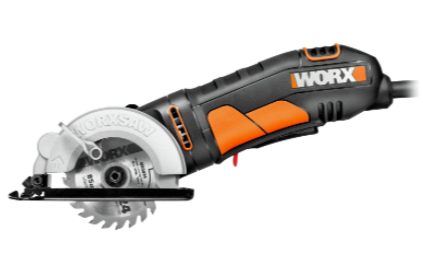 If there is any destruction and general low level woodwork going on then this little puppy is excellent. From just chopping battens to the right length to cutting scrap wood to the right length to fit into the pickup or sawing through wood beams etc this will do it all. A good value and versatile tool. Saved me having to chisel or hack away on countless occasions. 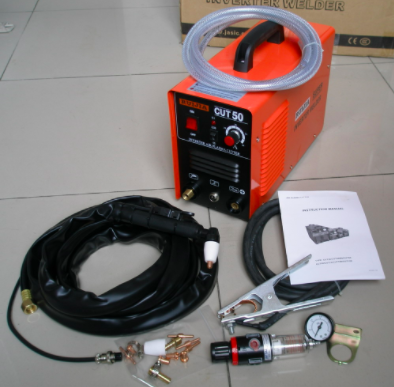 If there is going to be any metal work of any description going on, you can't beat a plasma cutter. I have a little Cut 50 unit, cheap, second hand, and showing its age a bit now, but by christ when you have a lot of scrap to get through (like the skipper's cabin floor) it will save you a kidney's worth of angle grinder cutting discs and a LOT of time...Some do come with built in compressors which have limited cutting power (maybe up to 6mm steel or will sever about 10mm or so) but they are the thick end of £500-£600 new.

That said, if you are getting a plasma cutter you will need a decent... 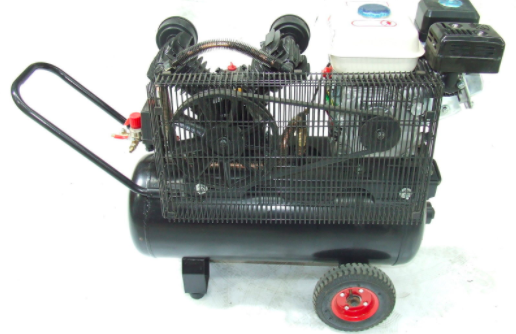 You need a big compressor to push enough air through the plasma cutter otherwise you end up with crappy cutting power and burning (literally) through the metal nozzles and tips. Andy helped on the barge yesterday and was amazed at how quickly the plasma worked through the steel flooring. There is a knack to it but that's the joy of tools. The Cut 40 and 50 are pretty cheap and cheerful Chinese built so don't expect much of a warranty. I have made running repairs to the hose on mine, the on off switch is biffed but it does the job.

I would also recommend a petrol powered one and prefereably the best level of noise suppression you can get. Mine is not particularly well silenced and I can tell by the glowers from people that it's probably a bit too noisy, hence I restrict its use in the marina. 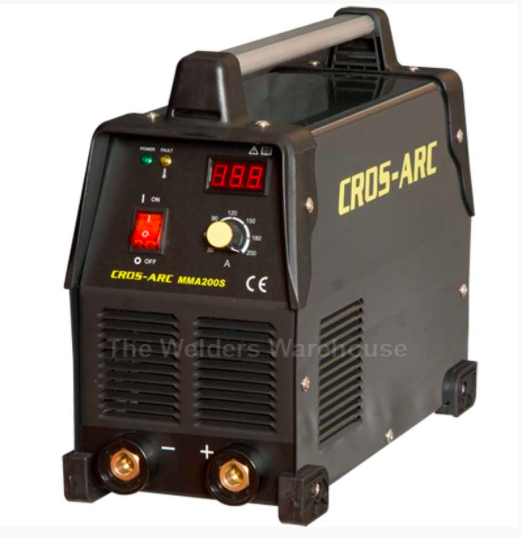 I would advise anyone involved in barge building to get a welder and get practicing. A 200 Amp unit should be sufficient for most applications and can be run off 240V. Much more than this and you need 3 phase electric supply which restricts you. I have tended to use The Welder's Warehouse as a good place to find gear and advice (I get no kickback from them - I just found them pretty good and you can talk to them as well if you need help).Stick welding is simple, relatively easy and low cost. We are generally not looking for high spec, beautiful TIG welds like on race bikes and bizarre alloys, just a piece of steel connected to another piece of steel. End of. In which case, stick welders do the job. If anyone needs hints and tips, there is a great guy on Youtube called ChuckE2009 who has a whole load of welding videos to get you started. 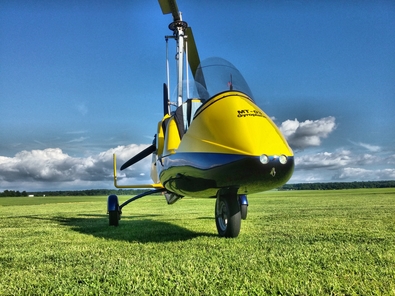 If your S.O. has all the above then why not get them a flight in a gyro (WARNING - SHAMELESS BOUT OF SELF PROMOTION GOING ON). I will personally take them for a trip for however long you have booked and show them what the motorcycle of the skies is like. Valid for a year, we fly from an airfield between Basingstoke and Winchester and can fit in with your schedule.

You can book a trip on www.revolutiongyros.co.uk 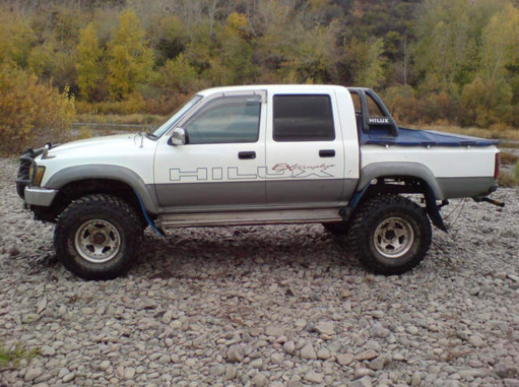 If none of the above set your trousers on fire, what a bout a pickup. Everyone likes a pickup, especially to transport all your tools and crap to and from the barge. I have a little Proton Jumbuck picked up from Ebay and it has been a lifesaver. Well, Honda Jazz saver to be more precise. It means I can keep barge related crap in it without getting in trouble with the Fuhrer.

So, no excuses for not knowing what to ask for if you are the DIY obsessed S.O. or for the partner thereof... I shall be asking for a Lamborghini Aventador for xmas. I have a feeling I may be disappointed....